With the cold rapt attention around the watches of the night I stood back to back with my brothers against the darkness and the fright. ‘Round the clock we’d talk and watch the flock shoot the breeze and dream of seas and kings, trees and rings, of all the things youth and imagination bring slipping away day by day as my beard grew and the—-did you see that?

Like a coal blown to flame a rolling stone down it came its intensity immense its resplendency relent less I be struck down I dropped my eyes from the skies to the hills to the ground. One shining foot touched the grass at my feet the blooming scent of new life pure and sweet. A voice full of power and song bade us fear not the light nor the throng. The angel spoke of a born child today mere miles away who would rend the foundations of creation and build them anew child born for us whose name would be spoken in unending chorus.

A child called Immanuel. The angel spoke His name Her voice rang across the hills and with the echoing reply came a wave of harmonies that crashed over me as I looked up to see a million points of light descending from the sky like figs falling from a tree in the wind that brought a cloud of angels stretching to the horizon and making a sound so thunderous that the air seemed to shimmer with Glory to God in the highest heaven the host ascended and the night reappeared like a curtain drawn to bring peace on earth to those on whom His favor rests.

Only the star remained.
I turned and said

Run my brothers,
We race the sun my brothers
To see the one his mother’s
Struggle’s done clothes cover
God’s son
so brothers we run

I cringed my lungs burned but I turned on my ball of my foot and dashed through the darkness just enough light from the star to see how far I’d run how far to go the heavenly glow was fading fast I had to make it before this moment was past the shadows grew shorter until we knew we’d found His quarters overhead the star that led us to this ramshackle hovel-falling down panting this isn’t the place for a grand king.

I stumbled forward into the run-down structure. His eyes were closed as he lay snug against his mother’s chest his breathing soft one hand resting on her breast that I’m not supposed to see I slipped stepped and stuttered out of the room, realizing suddenly that we three kings of decorum had invaded this family’s intimate space like camel all up in your face red with the shame I knocked soft on the frame and her voice held no heat and no blame as she welcomed us to the manger as if we weren’t three sweaty strangers we could be dangerous but the peace in her voice said she feared no nightly noise ‘cause God watched her boy.

I moved closer, close enough to reach out and touch his hand. His eyes fluttered open I had woken him from sleep He saw me and in that moment I felt like one of my sheep, my past present and future thrown at his feet. My every trial was known no defeat would touch this child who would grow to unseat the pillars of men and then He closed his newborn eyes and went back to sleep I began to weep with joy the world must know of this boy so

Run my brothers,
Tell everyone my brothers
We’ve seen the one his mother’s
Struggle’s done clothes cover
God’s son
so brothers we run

My name will never make the histories but my life’s defined by the mysteries that just confounded Bethlehem town did you see what I saw can this be the sky wrought with angels and the child that will shake the world.

On the State of Abigail Beson

A few people have asked what the plans are for a follow up to The Siege of Abigail Beson, so I decided to write this status update.

Abigail Beson is a fictional teenage girl born in 1852 and living in rural Virginia outside a small (also fictional) town named Nottowell, about 15 miles from Appomattox.

I published The Siege of Abigail Beson in 2016 via KickStarter. The published book consists of two novellas, The Siege and The Excursion. The former tells of the the surprise attack on Abby's family home and the latter describes her journey to meet her older brothers they returns home following the conclusion of the war.

I have since written drafts of two further novellas, The Subversion, which centers around her relationship with her brother Jackson and his struggle to move on following the cessation of hostilities;  and The Forging, in which Abby finds herself at war with Rose Greenhow, a notorious (real) civil war spy.


All four novellas touch on historical themes and events. Siege and Subversion are heavily influenced by the boots-on-the-ground perspective of individual soldiers as described in Bruce Catton's Reflections on the Civil War. Excursion and Forging touch on Civil War era cryptography, as I describe here. In telling the story from the perspective of low ranking, non-slave holding people in the south (as a writer living in the north), I hoped to humanize the individuals who were caught up in the war regardless of which side they were on.

My objective has been to complete Subversion and Forging in 2019. However, after reading through the drafts my brother observed that the story is rather whitewashed. Slavery was the driving political issue that led to the American Civil War, and telling a story about the war without touching on the topic of slavery would undercut an issue that is still pertinent today. The goal then is a challenging one. In the first two novellas I strove to humanize soldiers of the confederacy, in the following stories I want to address the legacy of the Civil War.

This is no small challenge, and it's one I am not yet equipped to properly address. My goal for 2019 has thus shifted from completing the book to improving my understanding of the nuances of the Civil War era, particularly what life was like for newly freed slaves in the postwar American south. I will not, of course, be able to address every issue associated with the legacy of the civil war, but I hope to at least touch on two points:


The overall goal of humanization remains the same; a story that simply casts all confederates as evil will only foster division. I hope instead to cast both the citizens of the north and of the south as people while simultaneously denouncing the practice of slavery and the systemic racism it begat as abhorrent and evil.  At this time I cannot commit to a completion date because I want to be confident that it respectfully and appropriately addresses these issues.

I will update you as I read and learn more.

How to Build a Simple Treasure Chest

My five year old had been asking for a treasure hunt and I finally found time to make a proper treasure chest for him to find. I wanted it to be weather resistant, durable, and to look like a "real" treasure chest. 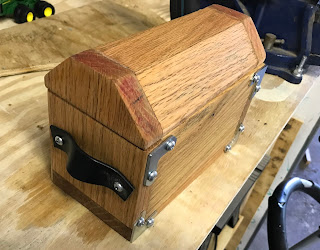 I built the base first. The base consists of five rectangles of 3/4" thick oak, shown in the diagrams below. 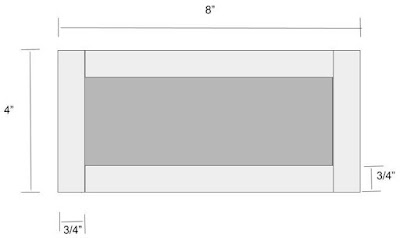 When building the base, I use Titebond glue on all joints. Before applying glue, I drill lots of small (1/16" deep, 1/16" diameter) holes in the contact surface to help glue adhesion. 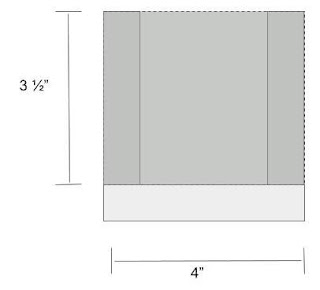 I used pocket screws and Titebond II glue to attach the upright "walls" of the base to the bottom. If you do not have a pocket screw jig, you can either drill pilot holes up through the bottom, or you can just do glue.

The top was trickier to construct because I wanted an arched appearance.

Angled cuts in the top

To close the ends of the top, I made the arched section 6 1/2" inches long, then capped it on either end with a solid piece. 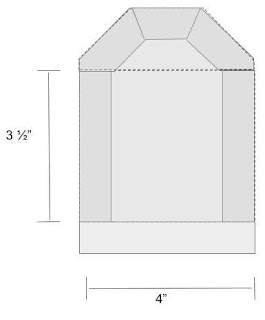 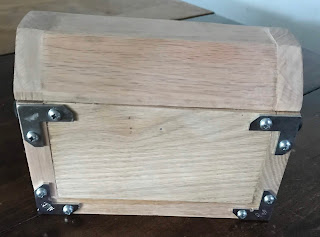 I sanded the whole exterior, then coated the whole thing with boiled linseed oil and let it dry overnight (remember, be careful with linseed-soaked rags, they can spontaneously combust).

I attached the top with small brass hinges, and added some metal corner hardware. I cut small strips of leather from the belt and attached them to the sides with wood screws.

Then I buried it in the dirt, drew its location on a map, and watched the adventure unfold. 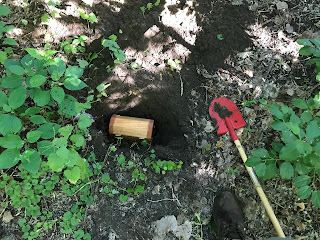 I’ve spent a lot of time recently thinking about Mark 14. Jesus and his disciples go to a house together to eat the Passover dinner. Jesus announces that one of them will betray him, performs the first communion, and then in verse 26

When they had sung a hymn, they went out to the Mount of Olives.

I want to know what hymn they sang. A little Googling told me it was likely a psalm, so I tried imagining that I was at the dinner table with Jesus after he had just announced the betrayal. I wouldn’t know what was coming, or even the meaning of what I just heard. Communion would be a totally new concept. What would we sing? Who would choose the hymn? I started paging through Psalms and opened to Psalm 137:

By the rivers of Babylon we sat and wept when we remembered Zion. 2 There on the poplars we hung our harps, 3 for there our captors asked us for songs, our tormentors demanded songs of joy; they said, “Sing us one of the songs of Zion!”

There’s so much anger in this psalm. I imagine the disciples had anger - their beloved would be betrayed.

Betrayed that’s what he said to us this wine he said he bled for us this bread his body broken he spoke and then he looked to me like I was the only one with a burning coal in the pit of my sole voice arose and said ”no Lord.”

A chorus of denials joined the pile saying no Lord it couldn’t be never me or decrying that he felt that one he had chosen of man said to drop our net sum is nothing if these these prophecies end with he’s going to die.

You were supposed to be a king you were so close so why’d you bring us to this city we’re promised a chance to own with you up on a thrown centurions down bent fury it's ground in my teeth like hooves on a palm branch betrayed psalms answers enslaved brothers with a word not a sword in my hand make a stand Lord!

He raised his hand for silence stand still l listened as he looked to the core I looked to the floor frozen in a stumble dozen wanting to grumble feet washed but not humble debating and waiting when he said sing.

Like every year ‘round the table I’ve been here I’ve been able to see the reason for hallelujah see the problem right here isn’t the fear of the sword it’s the year of the sword when the nations surround me I cut them down in the name of the Lord what’s the power of God if not the power to loose these chains to unleash our domain in these songs it’s spoken plain.

I was pushed back and about to fall, but the Lord helped me.

The Lord is my strength and my defense.

The Lord has chastened me severely, but has not given me over to death.

If the Lord would not give David to death then you must feel safe in your breath why this talk of betrayal we say in this last hymn today is His love endures forever.