Why I bought a "girls" Duplo set for my son 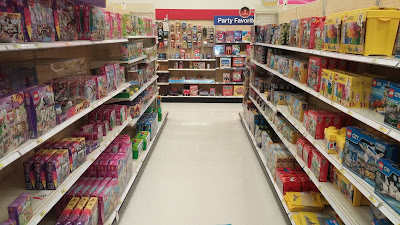 Target allegedly is moving away from gender-specific sections. However, this change clearly has not yet reached the Lego aisle. 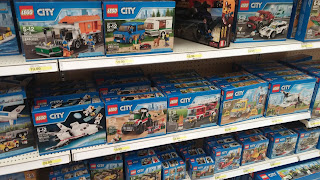 On the right: rocket ships, construction workers, police, and a myriad of other awesome adventures. All clearly oriented toward boys (every box is blue, red, and yellow). 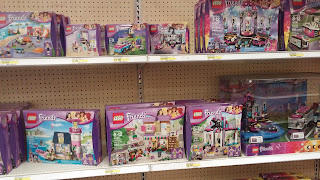 On the left, beauty shops, princesses, and pop stars. Can you guess who these are targeted at?

Lego has injected some gender balance on the blue side, adding a few female workers and explorers. However, the pink side is still 100% female.

1. We're showing girls that while they can be one of a few women in male dominated industries, they're still "at home" as a princess in a castle. They must cross over from the "female side" to the mixed-but-mostly-male side.

2. We're showing boys that there are specific careers which are 'for women', and that women in engineering or science are the exception, not the norm.

Thankfully, my son is just as interested in the bright pink boxes as he is in the blue ones.

I bought him a (pink and yellow) veterinarian set featuring a female doctor. I can't make Target show a balanced representation of men and women, but at least our home Lego collection can.

I'm surely preaching to the choir, but this frustrated me so much that I felt the need to add my voice to the chorus.