Kare 11 recently published an investigation into Team Ortho, the organization which puts on a variety of themed running events across the mid-west. Here's my response:

Kare 11 unfairly exaggerates claims made against the organization A detailed look at their financial documents showed many of their expenses to be reasonable and in line with my expectations as a runner.

Kare 11's big claim is that 1.5% of Team Ortho's gross revenue goes to charity. This sounds shocking, but fails to account for the major differences between Team Ortho and donation-oriented charities. The key term here is "Gross Revenue". Team Ortho takes in a lot of money, but it also puts on huge events.

Kare 11 doesn't cite any information regarding how much of their revenue goes to paying to run the organization, or to pay for the race itself. For example The financial documents cited by Kare 11 show that about 20% of their revenue goes to salaries (the docs report John Larson as having an $88,000 salary), and the bulk of the remainder goes to other expenses.

Kare 11 doesn't dig into them, but the cited documents provide a detailed list of where Team Ortho's money did go (page 10). Frankly, I'm not really surprised or angry. It takes a lot of work and money to put on a huge race. 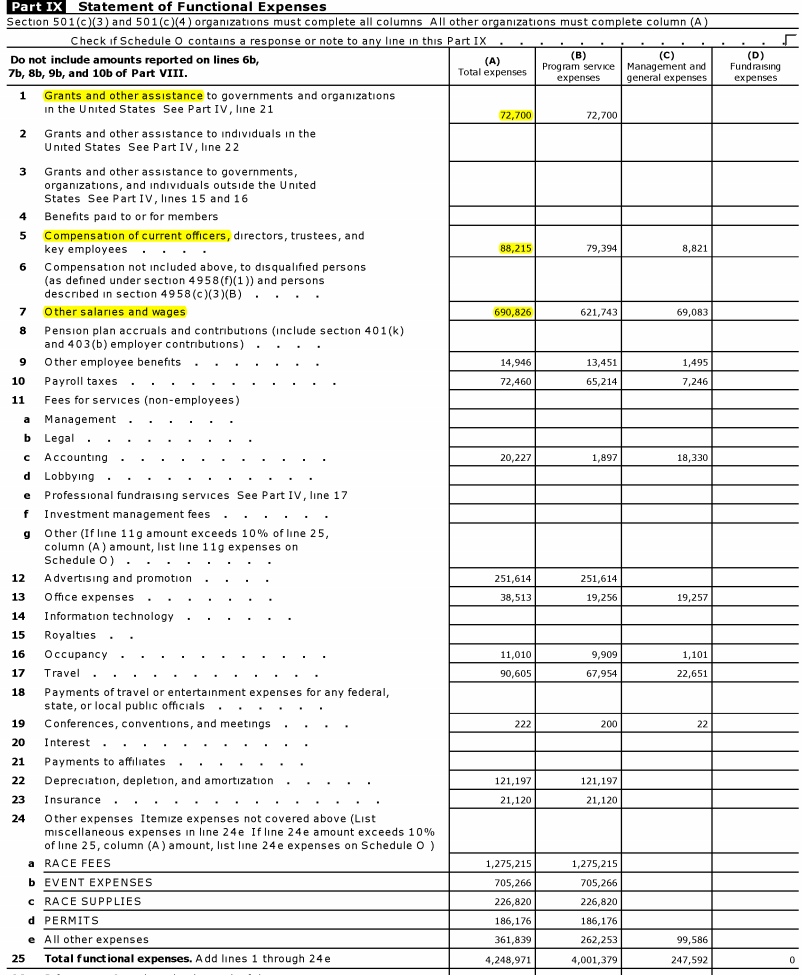 If you're really concerned about charity spending, check out the list of top salaries at charities. Most of them are larger than the entire Team Ortho payroll.

Finally, Kare 11 cites a former employee's complaints about a corporate trip to China. While this admittedly does seem like a poor decision, very little context is given. Why were the orders late? Who had to go?

If it really was a scheme to get a free trip to China, that's one thing. But if I was a manager and I had to send employees on a long flight around the world because I screwed up an order, I'd probably consider letting them have a couple of fun days while they were there.

Finally - the dig about Larson's license plates is totally off topic. It's unrelated to the topic at hand and feels like a low blow meant to undermine Larson.