A Visit to the Black Lives Matter Protest in North Minneapolis

After work today I stopped by the 4th Police Precinct. 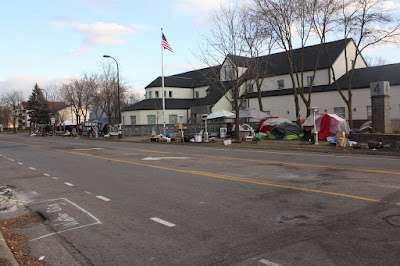 Plymouth avenue was open to traffic and the scene was pretty relaxed. If I hadn't known better, I might have assumed this was a block party or fundraiser. 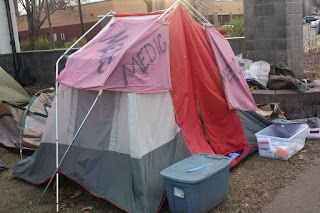 Perhaps 30 people milled about, talking, eating, and keeping warm. I wasn't sure what to expect as I approached, knowing that if I was in their shoes I'd be justifiably suspicious of a white guy walking up, dressed for office work and sporting a big camera.

A smile from a woman sitting by a fire reassured me that I was welcome, and I relaxed. For a while I stood on a corner, watching people walk by. Some just passed through, others were welcomed and joined those chatting and drinking coffee.

After a while I approached a friendly looking man sporting safety goggles. 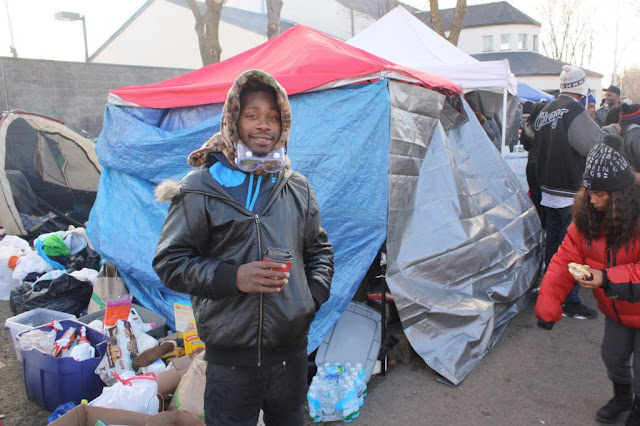 His name was Trey. He said he'd been there for a week, and that the goggles were for smoke from the fires (in retrospect, this might have been a joke, since tear gas was probably a much more significant concern).

Then a woman approached, asking if I knew what was going on. She'd just gotten off work, and was curious if there were any plans for the evening.

I explained that I knew about a community gathering planned at a church later in the evening, but didn't know much else. 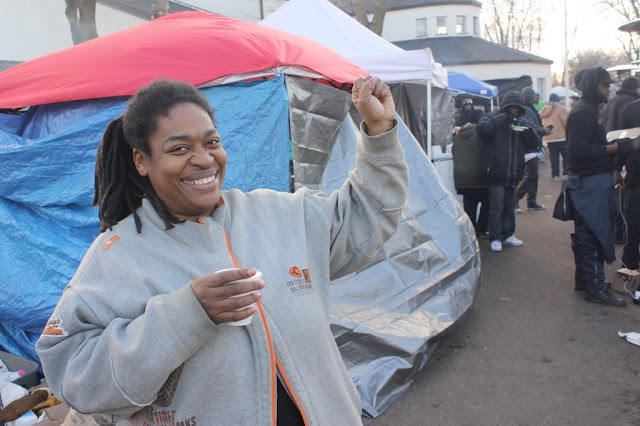 She introduced herself as Ebony. When I asked if I could take her picture, she paused. She asked if I was a reporter, and explained that she was frustrated with the coverage they'd received from the Star Tribune. I assured her that I was just a curious blogger.

She said was this was her third time at the precinct since the protests began. She was proud of the community response, and explained that she was glad her kids could see the peaceful reaction.

As if to punctuate her point, a school bus drove by, packed with kids who cheered when they saw the protesters. 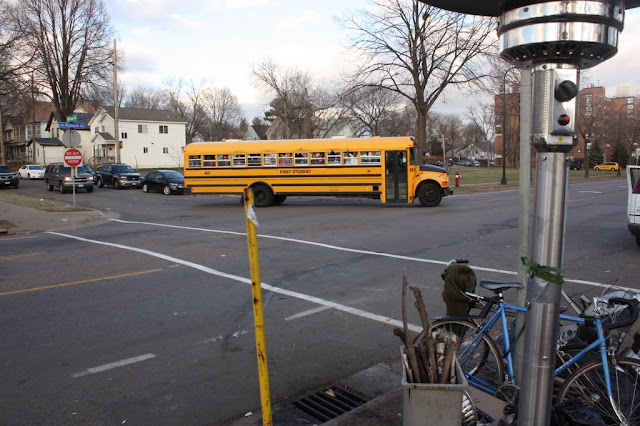 She said some people didn't want white folks included in the protest, but that she wanted all of the help she could get. She said her kids were surprised at how many nationalities were present at the last big gathering. 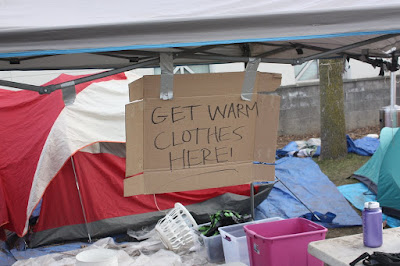 As we spoke, I watched people talk together. Someone in a tent was handing out soup. A man walked around with a bucket full of hand warmers. He offered me one, but I declined. I had to head home, and wouldn't be around long enough to need it. 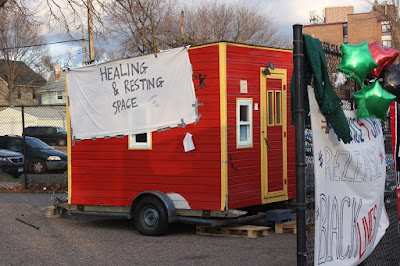 Every few minutes, a car would drive by, its honking horn answered by cheers from the protesters. 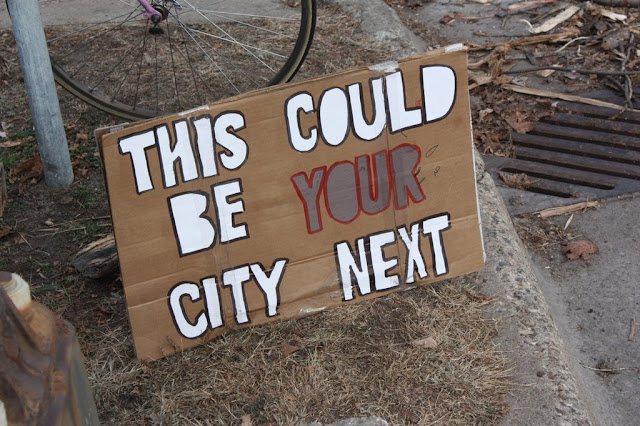